Dogs play important and valuable roles as companion and working animals around the world, but managing their populations is still a challenge for many countries.

Unmanaged dog populations can be a concern for transmission of rabies and other zoonotic diseases, road accidents, dog – human conflicts, dog – livestock and wildlife – dog conflict and the welfare of dogs.

Humane Dog Population Management (DPM) improves the quality of life for dogs, people and the environment.

The conference that was organized by ICAM was held from September, 18 2019 to September, 20 2019 attracted people from the public sector, NGOs, specialists in animal welfare, animal health, public health and education, ecologists, economists and social scientists.

This International Humane DPM conference was the first of a kind to be held in Kenya and the entire Africa, but the 3rd of all times since ICAM started organizing for such conferences. The 2nd Dog Population Management conference had been conducted at Turkey back in the year 2015 while the first was in the York UK in the year 2012.

When the International Companion Animal Coalition was started in 2006, it was formed as a forum for discussion on global dog and cat management issues. The motivation of its formation came from the realization that several of the main organizations working on companion animal management had similar views and ways of working, but no forum where arising issues could be discussed. This is according to Dr. Elly Hiby, one of the members of the ICAM coalition.

It was started with the following aims and objectives;

The link between sustainable humane dog population management initiatives and eradication of rabies in developing countries.

Kenya being a developed country recorded her first rabies index case in 1912. Since then, the country experiences about 2000 human deaths annually, prompting the government to rank rabies among the top five priority zoonotic diseases.

With dogs transmitting 98% of rabies and the disease being 100% fatal, the survival chances of a person bitten by a rabid dog are very minimal or zero.

Rabies though can be prevented through sustainable mass dog vaccinations in at least 3 years. Studies show that vaccinating 70% of dog population in an area eliminates rabies to almost zero percent. But problems arise when the government cannot account for the dog figures. This is because there is no one time that the country has ever held a census for the dogs or cats. When the country held a National Census in 2009, only humans were counted and the same recurred during the recently concluded census in 2019.  Also, most parts in Kenya prevalent with rabies are too remote, making it difficult for surveillance to be done.

The number of roaming dogs also continues to rise, with no known figures of how many roaming dogs exist in our vicinity. This leaves us with more questions than answers. What number are we controlling and what do we exactly want to achieve?

To achieve the vision 2030 of eradicating rabies to zero, we ought to come up with a plan of how we can incorporate the cats and dogs into our census program. This way we will be able to account for the dogs who will have benefited from the mass dog vaccinations programs and give a clear picture of where we are headed as a country.  This is according to Dr. Samuel Kahariri, the National Chairman for Kenya Veterinary Association. Are we emulating countries like the Philippines or are we still lagging behind in rabies eradication, despite being a third world country?

Exploring attitudes and behavior towards roaming dogs around the world

Roaming dogs is a menace that is experienced worldwide. According to a research conducted by World Animal Protection in countries such as Kenya, Thailand and Brazil, people in these nationalities have varying attitudes towards these dogs.

When asked for opinions for practices such as tagging, microchipping and spay and neuter programs which are steps taken towards curbing the problem of roaming dogs, the residents of these countries reacted differently. A greater percentage believed that responsible dog ownership and sterilization is what can end this menace.

Some believe that dogs should be allowed to roam freely while others differ. For instance, 70% of the Brazilian population were of the opinion that dogs should roam freely. This could be because Brazil has not recorded rampant cases of rabies prevalence in the country. Kenya on the other hand had 17% of the population agree to roaming.

Most residents have a positive attitude towards roaming dogs and a good number feel that roaming dogs should not even exist. Further, if given an opportunity, the greater population would actually adopt or take care of roaming dogs because of the love and compassion they possess towards them.

However, there are those who fear attacks and contraction of diseases from the dogs. Others lack the time and resources to take care of roaming dogs. There is also a percentage that just don’t know how to do it.

Almost every person recommends that all National Governments create Community dog programs so as to minimize the number of roaming dogs that we have on the streets. Some would encourage friends and family members to practice responsible dog ownership, manage their garbage properly. Education and sensitization would come in handy to the population that feels that they fail to act for lack of information at hand.

Roaming dogs pose serious human health related risks, socio-economic, political and animal welfare related problems especially in developing countries. Compared to owned dogs, roaming dogs cause more cases of rabies especially to children below the age of 15 years. Studies show that more than 55000 people die from rabies every year, be it from a roaming or an owned dog.

There are however measures that can be taken to control this problem of roaming dogs. Such include;

Any developing technologies in Rabies control?

Over the recent times, there is an increase in the number of mobile phone networks. This has led to a rapid expansion of technology in low- and middle-income countries. Coupled with their versatility, portability and connectivity, as well as the geo-location features, some mobile phones can be used for disease surveillance. Some countries have developed mobile phone surveillance systems based and installed them on smartphones for a better tracking of matters like rabies elimination.

This 3rd International Humane DPM provided a platform for sharing this technological information on Dog Population Management, revealing the role of data in evidence-based design and evaluation, and networking between stakeholders to build new perspectives and opportunities.

Delegates left enriched with new insights into population dynamics, management and policy; practical knowledge to support implementation; and enhanced motivation to bring benefits to dogs, people and the environment through humane and sustained dog population management. 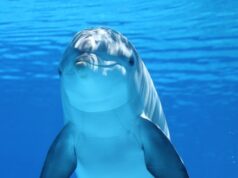