An elephant is the world’s largest animal. Due to the growing demand for elephant tusks worldwide, the inhumane act of elephant poaching for their tusks continues to thrive. It continues to be the most hunted animal and the motive is always monetary. The number of elephants continues to decrease, hence posing a threat to its population.

Despite its ban in Kenya in 1963, its poaching continues, given the high value of elephant tusks. They continue to be poached and shipped to other countries, to be sold in the black markets. Hunting is on the rise especially because the officials in charge of wildlife still permit people to do illegal poaching for personal gains.

The government might however plan to adopt trophy hunting in the coming future so as to prevent poachers from doing illegal trade and encourage legal hunting. This has been there before adopted by countries such as Namibia and South Africa.

There has been cases of human- elephant conflict whereby the elephants invade farms and destroy crops and as a result, people devise harmful mechanisms to keep away elephants from the farm; like poisoning the crops so that the animal reacts immediately it takes a bite on the first crop.

World animal protection, an organization that deals with animal welfare has a possible to this. In their campaign of animals in the wild, they advise the use of chilis on crops., in a campaign that they held in Mikumi and Tangire National parks in Tanzania

‘’Elephants avoid chilli. So we helped farmers build deterrents that do not harm elephants- the use of chilli powder. Sisal – a local crop – is dipped in a mixture of engine oil and chilli powder and then hung from fences. We help farmers set up community savings and loan groups too, to help farmers pay for and sustainably manage these safe solutions.

Farmers in Mikumi built new fences and hung new hives – and farmers in neighbouring communities have started doing the same. ‘’ 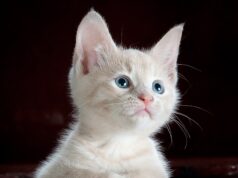 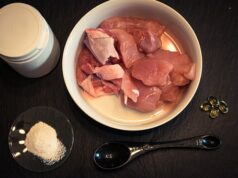