The 2020 BBFAW Benchmark report reveals that 59 of the 150 companies appear in the lowest tiers (Tiers 5 and 6), indicating these companies provide little or no information on their approach to farm animal welfare. Even more surprising, is that one in five (31) trusted global food companies has no farm animal welfare policy at all. There is some encouraging news, that 23 companies have moved up at least one tier, yet the average score for companies overall is just 35%, showing there is much room for improvement.

Some of the lowest scoring companies with presence in Africa – ranked in the second last tier of the Benchmark – are Subway and Starbucks, all of whom have been assessed annually since BBFAW started in 2012, yet they lag significantly behind their peers on farm animal welfare.

Reporting the proportion of animals that currently meet standards is a key part of the BBFAW scoring system to ensure that policies are successfully being implemented. However, company data indicates that more needs to be done to deliver positive welfare impacts for animals, including:

While there is clearly a long way to go, there were some encouraging moves such as:

Specifically Nestle, Unilever, and carrefour are companies with presence here in Africa that have improved significantly since their first rank.

Consumer interest and growing momentum for companies to take an interest in animal welfare shows why the world’s most influential food companies should be willing to change and continue to improve year on year. Thirteen producers and manufacturers improved their score by at least one tier between 2019 and 2020, compared to nine retailers and wholesalers, and just one company in the restaurants and bars sub-sector.

However, the report also warns that progress is still too slow for the nearly 40% of companies who appear in the two bottom tiers.

Dr Victor Yamo, Farming Campaigns Manager at World Animal Protection, said:
“COVID-19 has brought new challenges like never before, but despite this, we must continue to accelerate and drive forward the animal welfare movement. We must do better for the world’s 50 billion animals that are factory farmed each year, causing immense suffering. Not only do the cruel practices of intensive farming subject animals to misery, but they expose us to potential diseases and risks too. The BBFAW tool exposes those companies that care for animals, and those who do not.

“Animal cruelty is becoming more and more important for consumers – producers, supermarkets and restaurants would be foolish to ignore it. This tool brings all the commitments together in one place, providing a clear and transparent scorecard for all to see.” 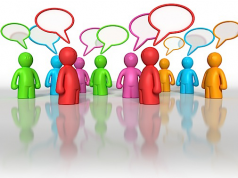 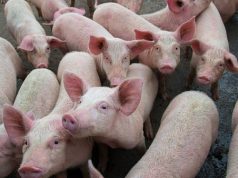 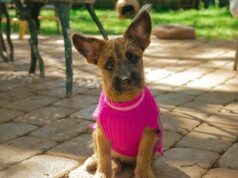