Africa is gearing up to mitigate the impact of climate change and global warming on animal health and production by establishing animal resources seed centres of excellence that will conserve indegenious livestock genetic materials.

The gene banks were established in 2017 to boost livestock production by conserving genetic materials of indigenous animals but stakeholders in the sector aver that they have not been successful due to their limited mandate.

The centres of excellence and a continental back-up facility is therefore billed as the answer to forestalling extinction of indigenous livestock breeds. The centres will apart from storage, also conduct research, training in molecular characterization and gene conservation, and promote best practices in gene banks. They will also create awareness on advantages of indigenous genes.

Several players from the sector including farmers and policy makers are meeting in Nairobi, Kenya, to craft a business model and governance structure to operationalize the centres of excellence.

The workshop organized by the African Union Inter-Bureau for Animal Resources (AU-IBAR) is also expected to come up with a roadmap to rolling out the seed centres of excellence and a resource mobilization action plan.

Dr. Mary Kariuki a technology, innovations and skills development expert at AU-IBAR, said unlike the gene banks, the centres will ensure a knowledge-based economy and sustainable utilization of indigenous gene resources.

“Climate change is here with us and we need genes that are resilient to extreme weather events like droughts. Unfortunately, Africa is fast losing its indigenous genes that can withstand these climatic conditions and that is why we need the centres of excellence to effectively address the situation,” she said.

Dr. Kariuki said the animal resources seed centres of excellence will also, assist countries to come up with national gene conservation strategies, and promote knowledge sharing. She spoke during an interview with Animal People Magazine at the sidelines of the workshop.

AU-BAR provided equipment worth USD 1.4 million through the European Union-funded genetics project to the regional gene banks that will be upgraded into centres of excellence.

Prof. Anne Muigai, a lecturer of genetics at the Jomo Kenyatta University of Agriculture and Technology, cites African’s perception that exotic animal are better as the main reason behind the loss of indigenous breeds which are more resilient to the current climatic conditions.

“As a result of cross-breeding and discarding of indigenous animals we ended up with exotic breeds which cannot survive in the current environment. We have to recalibrate and go back to our indigenous animals to be able to adapt to climate change whose impact is already being felt in the livestock sector,” she said.

Indigenous livestock are very resilient and are fully adapted to the environment and are able to withstand even extreme heat. On the other hand an equivalent exotic breed like Ayrshire will become stressed, thirsty and sweaty when temperatures are high and this have effect on production.

The early breeders and livestock keepers, especially colonial farmers, made Africans discard indigenous animals on reason that their productivity was low, and they brought in exotic ones from overseas environments. This has resulted in the reduction of numbers and quality of indigenous animals in the continent.

“In Africa just like across the globe, climate change has meant that we have fewer, shorter and unpredictable rainy seasons. This has led to frequent droughts, lack of water and high temperatures. The animals we discarded are the once which are fully adapted to these conditions. An increase in temperature by 1 degree centigrade will not kill these animals,” noted Prof. Muigai.

Unfortunately, a lot of these animals have become extinct and there has been no focus on them which means they have not been improved. They are still at the level they were 50 years ago.

This is why there is need for selection and improvement of the indigenous genes in line with the preference of the farmers who are looking for high yields.

“The rate at which the African indigenous genes have been lost is higher and cannot allow us to revert to the beginning and ignore research, data and technologies that have been mined in the sector of animal genetics. This is why the gene banks were developed,” notes Prof. Muigai.

Gene banks are specialized institutions that use technologies to safeguard genetic materials so that in future they can be fertilized to recover the genes that have been lost. But as Dr. Kariuki points out the gene bank has a narrow mandate since its job is just storage.

“Because the investments that have gone into their development are high we can’t have them just for storage and that is why we are upgrading them into centres of excellence. The institutions will also be able to generate their own revenues to enhance sustainability,” said Dr. Kariuki.

Although AU member countries have their own set of data, but these are not very helpful as they are national-based. The centres of excellence will therefore not only offer courses in animal genetics and conduct research but will also serve as a repository for regional data that can be shared by several states. 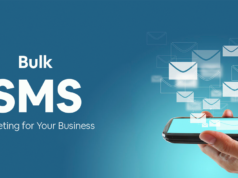